People often ask me, how do you make cheese?

To my mind, cheese making is about timing, temperature and acidity.  It is also 75% hygiene and 25% routine i.e. you follow the same make sheet so that the cheese does not vary much, save for changes in ambient temperature and milk season when you need to make tweaks.  There is a mixture of skill, science and intuition involved in cheese making.

First, you need a good supply of milk.  We make goat, cow and sheep’s cheese.  You can make cheese from buffalo, reindeer, yak to name but a few creatures.  People who know of my love of pigs ask why don’t I make cheese from pig’s milk, my immediate answer would be – have you tried to milk a pig?  But on a more serious note, I am told that as pigs are non ruminants, the fat in their milk comprises long chains which does not lend itself to making cheese compared to milk from ruminants such as cows, sheep and goats which are composed of short fatty chains.

Ok, so you have your milk, preferably from a single herd that you know, so that you can be assured of good quality farming methods, including the type of feed, housing, water availability, mucking out regime, when and where they are turned out, if at all, and for how long.  Happy animals produce a much better quality of milk.

Pasteurising milk into the vat

If you are making pasteurised cheese, it needs to be pasteurised to 72 degrees C for 15 seconds through a continuous flow pasteuriser, or you can batch pasteurise at a lower temperature for a longer period.  Alternatively, you can make an unpasteurised cheese, but you must be very careful with your hygiene and test the cheese for unwanted pathogens such as listeria, E-Coli, Staph A etc.  We have a very small and slightly antique continuous flow pasteuriser with a flow rate of around 1,000 litres (that’s a tonne!) in about 1hr 15 minutes.   That is quite slow, but we are patient and we do not make huge quantities at a time.  Large scale pasteurisers can process 15,000 litres an hour.

Example of starter culture being sprinkled in the vat

You need to heat your milk to the desired temperature and add your starter culture to ‘ripen’.  This can be a starter you have developed and incubated yourself or it can be out of a packet.  There are pros and cons with both.  Incubated starter culture makes a cheese less imitable and generally has its own flavour and texture characteristics, but if your starter goes wrong, you are in trouble.  Packet starter culture is reliable and predictable but often lacks character and can of course be imitated.  Danisco and Hansen are two starter culture manufacturers.  The starter dictates the type of cheese you are making – it can be a wensleydale, a cheddar, a double gloucester etc.  There is a starter culture that forms little carbon dioxide gas holes in the curd to give it that emmental type appearance.

Starter culture converts lactose, the sugar found in milk into lactic acid and forms the scientific basis behind cheese making. 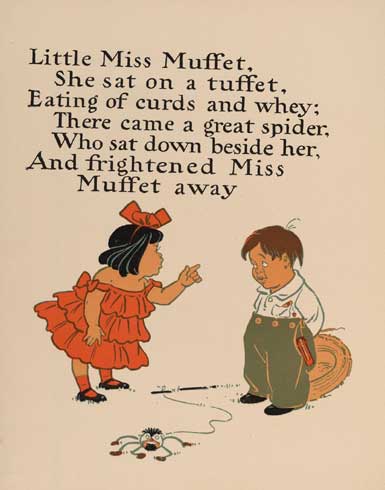 Once you have ripened your milk – could be ten minutes, it could be an hour and ten minutes, to give it your special characteristics, you then rennet it.  Rennet acts on the casein, the major protein compound found in milk to clot it: to form a coagulum.  In my vat, this can take 35 minutes in the summer or upwards of an hour in the winter.  Ambient temperature can make quite a difference.

There are three types of rennet: animal, vegetarian rennet made from fermenting a type of fungus or plants and microbial rennet which is a chemically formed imitation of calf’s rennet (though vegetarian).

The aim of the rennet is on cutting, after the milk is set, to separate curds from whey.  In home cheese making, people often use vinegar or lemon juice to achieve this ‘curdle’ and I would call this lactic cheese.

To separate the curd from the whey, we need to cut the curd.  You can do this manually with a long sharp knife or with a metal curd cutter.  The smaller you cut the curd, for example, parmesan can be cut as small as a grain of rice, the harder the cheese will be as it will not contain as much whey inside as say a 1cm cube that you would cut to for a wensleydale type cheese.  Immediately after cutting, the curd is very delicate so many people leave it to rest for a short time before stirring.  The curd sinks to the bottom of a vat as it is denser and heavier than whey.  At this stage, you have separated curd from whey and in the case of cow and goat cheese, 90% will be whey and 10% curd.

The idea behind scalding your milk is to raise the temperature is to expel more whey from the small pieces of curd.  The higher the temperature of your scald, the firmer the cheese will be.  A lower scald cheese results in a softer and moister cheese.  A high scald can also affect both the colour and taste of the final cheese – this is a desired effect for some cheese makers.

The heat is switched off or taken away.  Some cheese makers move the cheese to the back of the vat and leave it until the acidity levels have reached a certain level.  I don’t, I stir my curd because I do not want it to stick together as this makes an entirely different cheese for us.

Letting the whey off

This is my favourite part of cheese making, I like to see the whey disappear and small mountains of curd emerge.  Some people say that if you take the whey off too quickly, it can cause your cheese to taste a little bitter.  I have never had that happen to me, but there is always a first time.

Cutting the curd into blocks

Once the whey has been taken off, most cheese makers  shape the curd into blocks, cutting a channel in the middle to allow more whey to drain off.  I turn the blocks until I have achieved my desired acidity, then I cut them into small squares and shovel them to dry them off and again expel more whey.  Finally, when the curd has reached the right acidity level (I shall explain about acidity testing in another post), then I add salt and mill the curd which reduces it to fine crumbs.

Our friends Cryer & Stott potting up

I then pot up the fine curd into moulds which are actually soup buckets using reusable cheese cloths and put it in the press.  I set the press to around 40psi and tighten up when I go home, then the following day at the start, middle and end of the day so that it gets a gradual press.  The cheese generally takes 2-3 days in the press when it is ready to come out, the cloths washed and the cheese vacpacked, labelled and put in to the cold room.