Taken from the Specialist Fine Food Magazine, by Tom Shingler on 08/04/2013 in Chilled & Frozen 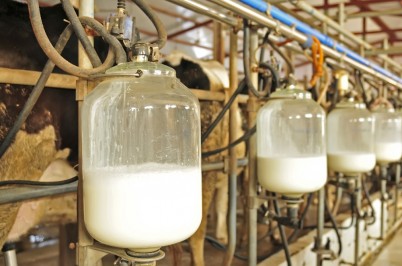 The Food Standards Agency (FSA) has said it will be discontinuing a case against Selfridges for selling unpasteurised milk in its London store.  The agency still plans to prosecute Stephen Hook, the farmer who supplied the milk sold from vending machines in the shop in 2011.
Unpasteurised milk is said to have beneficial health properties, but opponents claim it can carry harmful bacteria, such as E coli.

A spokeswoman from Selfridges said, “Selfridges is pleased that the FSA has decided not to proceed with the prosecution against us. We note that the FSA is currently undertaking a review of the current controls governing the sale and marketing of raw drinking milk and we look forward to the publication of their report with interest.”

A statement from the FSA added, “Proceedings have been discontinued against Selfridges after the FSA received assurances from them that, pending the outcome of a detailed FSA review, raw cows’ drinking milk would no longer be placed on sale in its premises. The case against Mr Hook is proceeding separately, we cannot discuss any further details at this stage.”

Selfridges said it did not believe the move was illegal in 2012. Ewan Venters, who was the food director at the time, commented, “We have always supported unique products like raw milk. We see ourselves, like many farmers’ markets, as a platform to launch a variety of choice for our customers to enjoy.”

Mr Hook, owner of Hook & Son, who has been selling raw milk since 2007, said, “The benefits of raw milk are huge. We’ve had customers that suffer from eczema, asthma and other allergies, which have all cleared up after drinking unpasteurised milk. It lowers bad and raises good cholesterols and fights infection.

“Roughly 80% of lactose intolerant people can drink it as it has enzymes in that can digest lactose milk sugar. We’ve got all sort of people who love our milk, including nutritionists, bodybuilders and a lot of ethnic groups, because that’s what they grew up with and enjoy the most.”

Bradley Smythe, spokesman for the FSA
“There is an inherent food safety risk associated with drinking raw milk because germs normally killed by pasteurisation may be present. The germs which pose the most risk are those associated with faecal contamination like E.coli and Salmonella, and tuberculosis is also a risk. The sale of raw milk is therefore strictly controlled – older people, infants and pregnant women are particularly vulnerable to food poisoning, so we advise them not to drink it.

Currently in England, Wales and Northern Ireland, unpasteurised cows’ milk can only be sold direct to consumers from farms or direct from the farmer. This includes routes such as farmers’ markets and milk rounds, or as part of a farm catering operation. The sale of raw milk is not allowed in Scotland.”