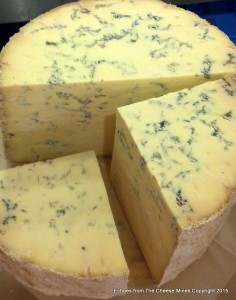 Here is an interesting discussion from American Marcella the Cheesemonger Raw, taken from her blog which can be seen here.

Pasteurized has been a topic of vigorous discussion in the US Cheese Community for decades. 2014 brought passionate discussions following new regulation interpretations by the US FDA. Many popular European raw milk cheeses were delayed or held indefinitely by US Customs, creating havoc at cheese counters… and annoying cheese lovers nationwide.

The controversy surrounding raw milk vs. pasteurized milk and other food safety issues, including the use of wooden planks in aging, reached a feverish pitch last summer. The result: a few French and Italian Cheese Producers simply stopped exporting their iconic cheeses to the US. Here at home, some small-batch Producers chose to stop production of theirAmerican Originals fearing the FDA would ban sales which in turn might bankrupt them. 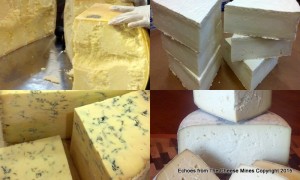 At one point during 2014, the list of cheeses unavailable or delayed by US Customs included Comte, St. Nectaire, Bleu d’Auvergne, Morbier, Raclette, Forme d’Ambert, Tomme de Savoie and Mimolette (due to “Mite infestation”).

For the 2014 season, Andy Hatch, Owner of Uplands Cheeseand maker of Pleasant Ridge Reserve, chose to not make his lush, seasonal Rush Creek.  In an August 2014 press release Andy stated, “It’s disappointing news, I know, and we hope that it’s not permanent. Food safety officials have been unpredictable, at best, in their recent treatment of soft, raw-milk cheeses, and until our industry is given clear and consistent guidance, we are forced to stop making these cheeses.” (Please read Cheese Underground’s posting for more information on Any’s decision.)

Andy’s decision followed another controversial FDA questioning the use of wood planks for aging cheese (Questioning it food safe). Using wooden planks for aging is almost as old as cheese, but the FDA, in its quest to save us from ourselves, attempted to change the rules. Public and cheese community outcry caused the FDA to back-off… at least temporarily.

In asking questions of Cheese Professionals for the 2015 series of interviews I posed the following:

“Raw vs. Pasteurized? Does it matter? What difference does it make in the final product?”

Here are a few of their thoughts on the subject (Bios of each Professional are available by clicking on their names):

Chelsea Faris ACS CCP™: “If your dedication is to quality and the perfect flavor profile, it shouldn’t matter one way or another. Dedication to understanding the terroir, your animals and the recipe is what’s most important in making a glorious cheese. It’s about being original. Do what makes your cheese taste the best.”

Kehau Monteiro ACS CCP™: “I enjoy both but I do find that unpasteurized

Sue Sturman: Director, Academie Opus Caseus: “Cheese made from pasteurized milk can be outstanding, there’s no doubt about it. The raw milk thing is a far more complex issue….we Americans tend to be such reductionists, wanting to distill complexities down to simplicities, and it just doesn’t work that way. Nuance!!!  Raw milk is a philosophy, it’s about biodiversity, about attention to detail, about hand-crafting, about variability and adapting to what the milk presents.  Raw milk products really are different, but the difference is not only or always evident in the sensory analysis.​”

Iris Busjahn ACS CCP™: “There are virtues of both that are fantastic.  It all boils down to if the product is made well, the cheese will sing.”

Bill Stephenson: Director of Cheese Training, DPI: “It totally matters. I have participated in consumer research on this question and can honestly say that as far as preference goes, it depends on the cheese. I have had examples of cheese where I preferred the pasteurized milk version and examples where I have preferred the raw milk version. But there’s no doubt that it matters, particularly insofar as there is definitely a difference.

“Obviously, the heart of the difference has to do with the native microflora of the raw milk which are eliminated by pasteurization. Since by its very nature cheese is a product of microbial fermentation and ripening, it should come as no surprise that cheese made with different microbiological inputs result in different cheese outputs.

“None of that necessarily points to whether or not cheeses made from raw milk are “better,” but they are undeniably different. And if seasonal variability and terroir are of interest, raw milk cheeses have it and pasteurized milk cheeses lack it.

“If safety is a concern, consider that a regulated system that promotes milk pasteurization tacitly (and ironically) allows for poor raw milk quality since pasteurization will be expected to clean up the mess, whereas a regulated system that promotes raw milk production must necessarily have high standards for milk cleanliness. We’ve seen some pretty terrible examples of widespread food borne illness from pasteurizers that were not well looked after during operation that subsequently let through dirty milk into the general public.

“Furthermore, because pasteurized milk lacks the native microflora of raw milk it is a more vulnerable target for unwanted microbiological growth (pathogenic or non-pathogenic) while the native microflora in raw milk functions as a protective barrier to unwanted microbial growth. Lastly, it’s important to bear in mind that cheeses made from pasteurized milk are responsible for the majority of all food borne illnesses associated with cheese, so outlawing raw milk cheese out of a concern for safety may be something of a red herring.

“So yes, raw milk cheeses are fundamentally different from pasteurized milk cheeses and it will be a shame if the FDA moves toward eliminating our choice for raw milk cheeses either by outlawing them altogether or creating an overly punitive regulatory framework that serves to disincentivize the producers. When the animals, the milk, the cheese making and handling are all well looked after, there should be no reason why we can’t continue to produce raw milk cheeses safely in this country.”

Lisa Futterman ACS CCP™:  “I am very influenced by my intensive trip to the Jura*. Raw milk cheese tastes better, more complex, and are much more terroir driven.”

Jeanne Carpenter ACS CCP™: “There are lots of outstanding cheeses being made in both categories. I’m not a raw cheese snob. Show me a cheese with excellent flavor and a good story, and I will sell it. Period. ”

*In 2013, Lisa won the Comte Scholarship to visit France’s Jura Region and spend a week touring and learning about the production of Comte.